The Masnedsund Bridge
The existing bascule bridge over Masnedsund was permanently locked down on Friday, 15 July 2016. The track will be removed in the future. East of the bridge, we will build a new concrete bridge with double tracks. Out of consideration for maritime traffic, we have built a new channel east of Masnedø to provide access to Vordingborg Port.

Eskilstrup - new road bridge
When the trains run at high speed, roads and railway lines must not cross each other at the same level for safety reasons. Therefore, in Eskilstrup, we have closed the level crossing at Eskilstrup Vestergade, and the road will be permanently closed for all traffic across the track. Until the new footbridge at Eskilstrup Station is operational, it will, however, still be possible for pedestrians and other vulnerable road users to cross the track using the old crossing.

South of the closed crossing, we have built a new road bridge above the railway line. In the northern part of Eskilstrup, we have raised and widened the existing Tårngade bridge.

The bridges at Lolland
In addition to the 18 road bridges, which Banedanmark has been working on since 2014, nine new railway bridges are being modified. The work on the nine bridges commenced in 2017, while the remaining activities at Lolland will be coordinated with the opening of the actual Fehmarn Belt tunnel.

New channel at Masnedsund
East of the existing bridge over Masnedsund, we will build a new permanent bridge with double tracks. The existing bascule bridge will be locked down.

When the Masnedsund bridge is locked down, it will no longer be possible for vessels with a height of more than five metres to sail to Vordingborg Port South through Masnedsund.

Therefore, we have dug a new channel in Masnedø Østflak between Kalvestrøm and Færgestrøm. The channel is 45 meters wide, water depth of five metres compared to the previous 2.5-3.2 metres and a length of 1300 metres. In the northern end of the channel, there is a turning circle for larger vessels with a diameter of 400 metres. 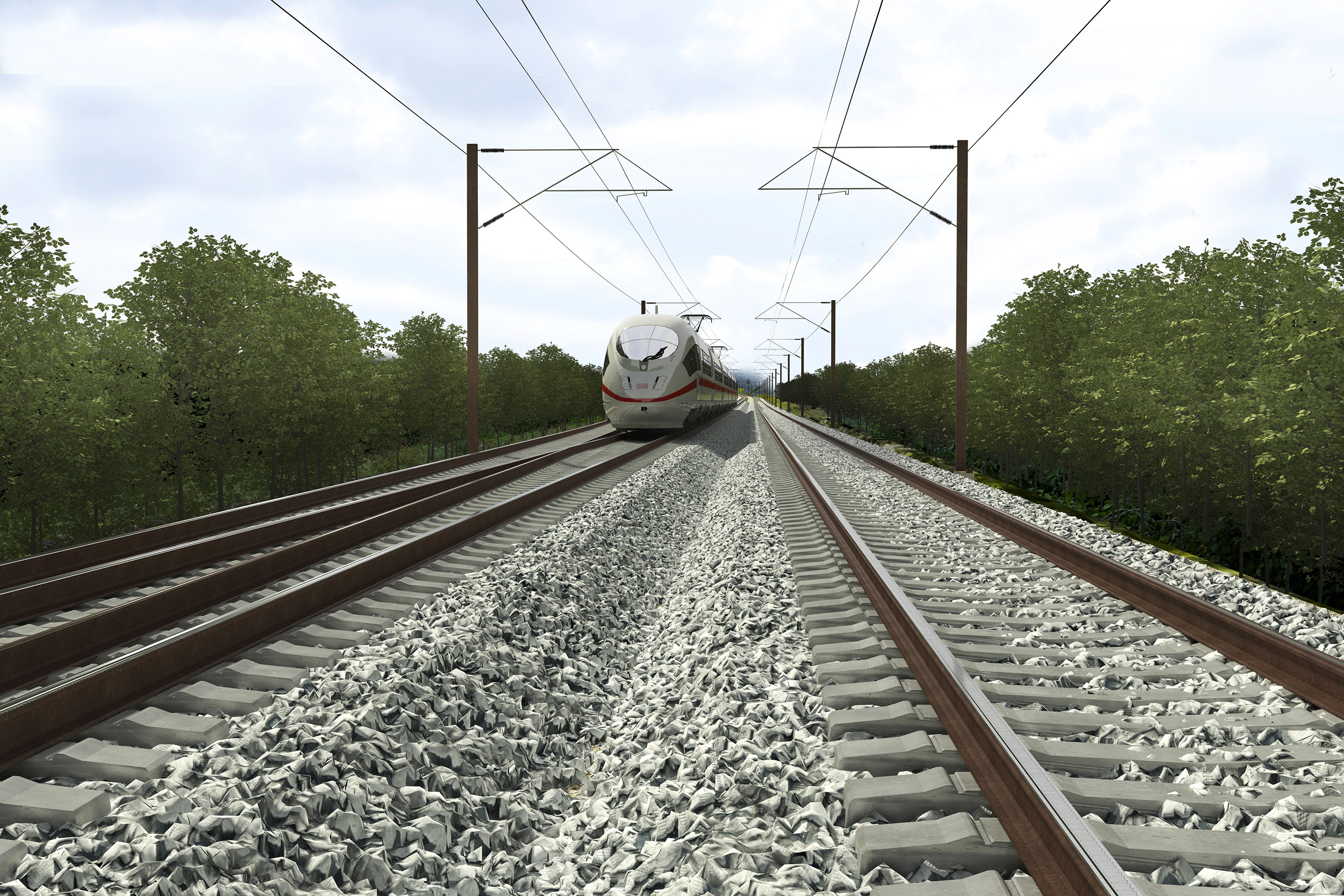 Several of the existing stations will be modified and new platforms, lifts and footbridges will be build in connections with the upgrade of the new railway line