The Ringsted-Fehmarn Railway Line is one of Banedanmark’s largest infrastructure projects to date, and the fact that the project has a budget of DKK 9.5 billion, and will be ongoing for the next several years, says a lot about the size of the project.

Before the nearly 120 km-long railway is ready to deliver the desired capacity in the future, the stretch will undergo extensive modifications. A new 55 km-long additional track between Vordingborg and Rødby will be installed, making the line double track all the way.

Several existing stations and platforms are being modified with new access roads, lifts and road infrastructure. A brand new railway bridge will be built over the Guldborgsund bridge and the railway link over Masnedsund will be replaced by a new double-track bridge. The railway line will also be electrified with a new traction power supply, and a brand new signalling system is being launched.

We are also replacing the tracks on large portions of the stretch, building a new subgrade, establishing storm water drainage along the railway line and re-locating old cables underground. Several dams are also being reinforced for allow higher speed and fauna passages are being built out of consideration for wildlife and the environment.

Modification of more than 100 bridges

In order to accommodate for traction power supply and the additional track, more than 100 bridges and roads will be modified. A new signalling system is also being installed on the entire
stretch, which makes it possible to increase the speed to 200 kilometres per hour. But a great number of other things need to be in place before the railway line can be put to use.

Among other things, we will: 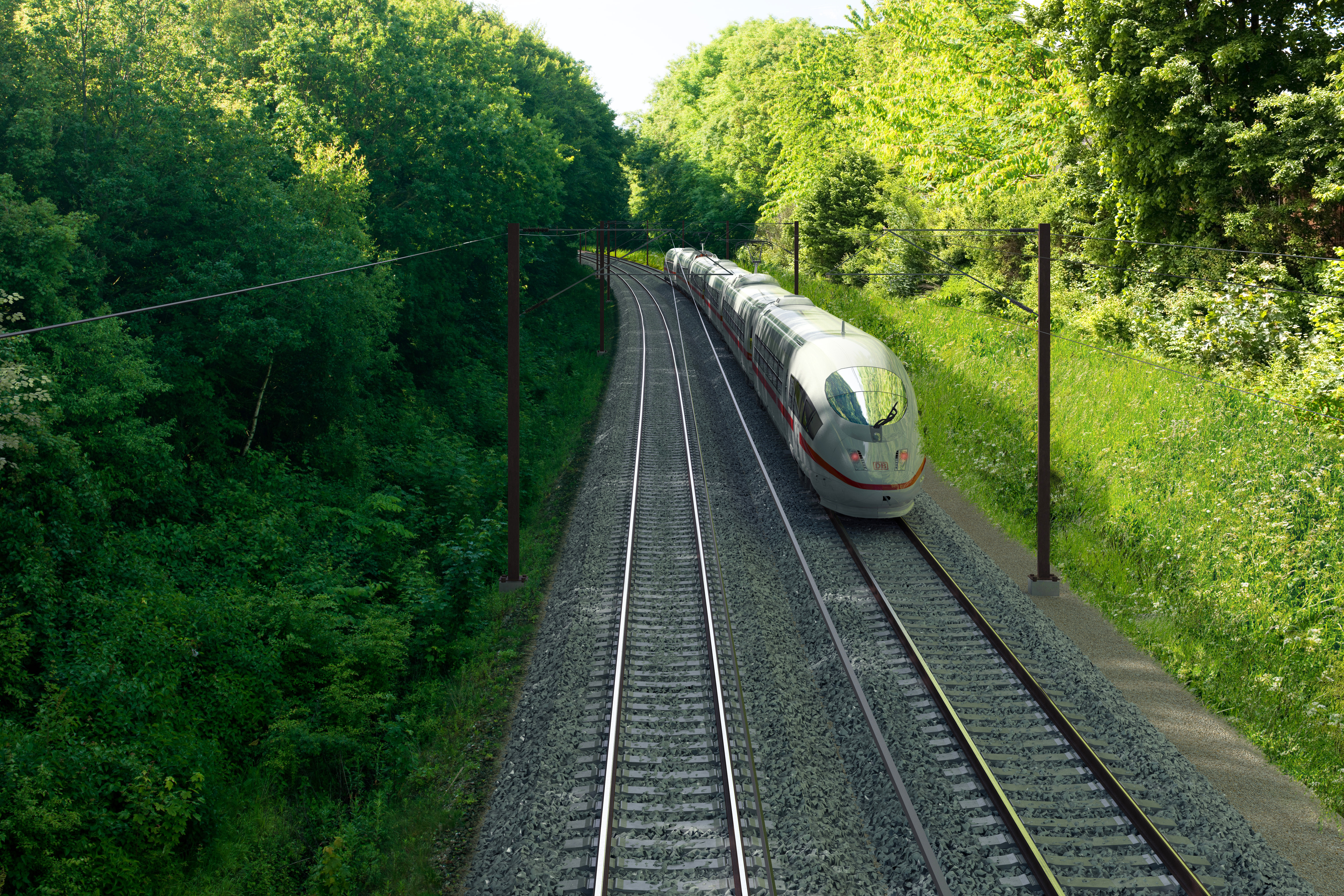 Schedule for the project